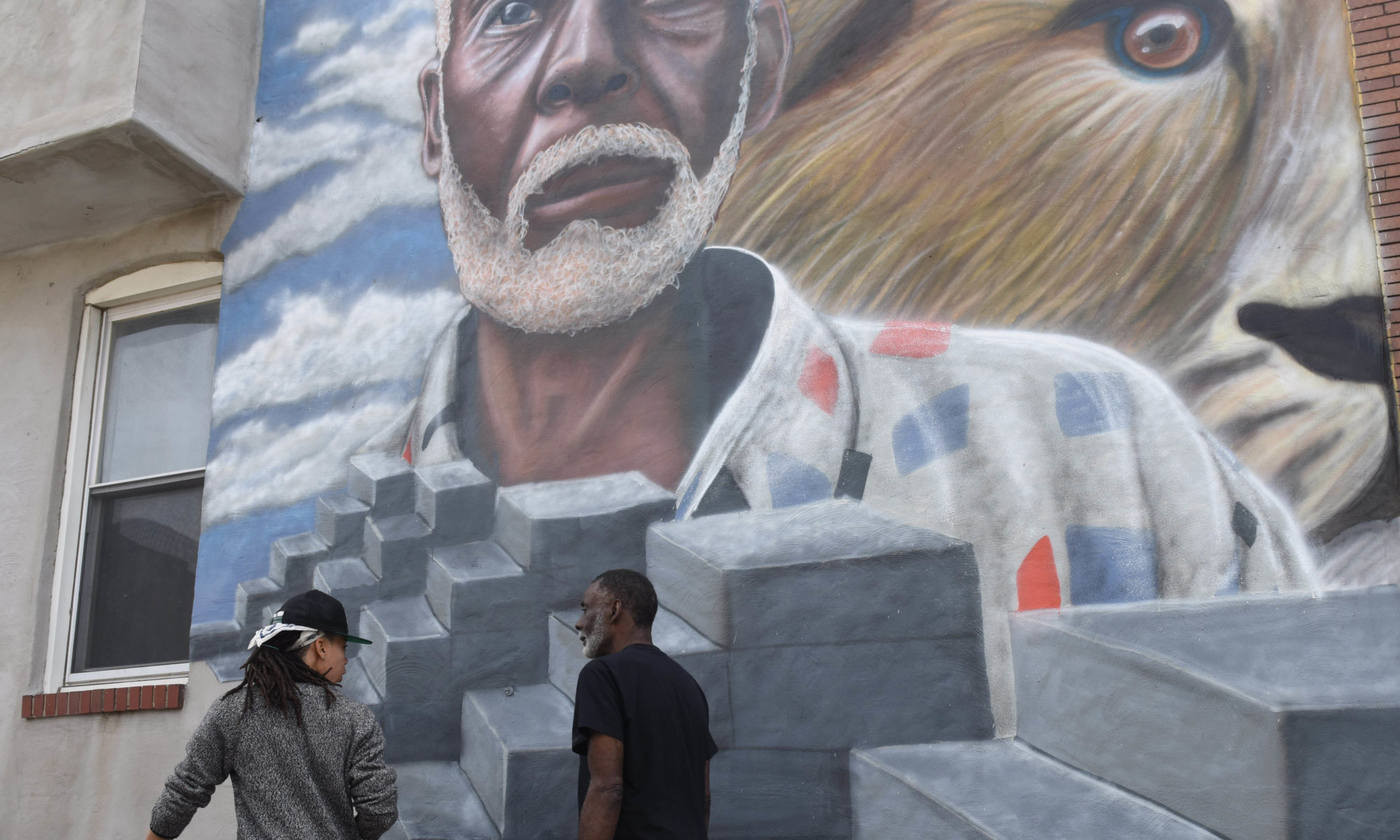 Since the organization Arts + Parks creation a little over a year ago, the two have worked in communities such as BOCEK Madison East End. The project aims to reshape the community’s worn-down image through the use of public street art with murals and green-spaces.

The organization recently completed eight murals and landscaped a public park, local church, and sidewalks in the neighborhood. Much of the work was funded by Coca-Cola Bottling Company Consolidated.

Their designs are based on conversations they have with community members, and the murals often feature the faces of residents.

At first glance, a visitor might think that a rundown park on nearby Linwood Avenue would be a reflection upon the overall community, but they’d be wrong.

An array of eye-catching art on every street makes up for the lack of upkeep at the park.

The park’s field house has been boarded up and not in service for over 20 years, residents say. Wood covers shattered windows and graffiti is scrawled on the outskirts on the building. It’s clear this facility is a major contrast to the blocks filled with flowers and landscape artwork by Arts + Parks.

In a way, their art is almost like make-up for the blemish that is the run-down rec center.