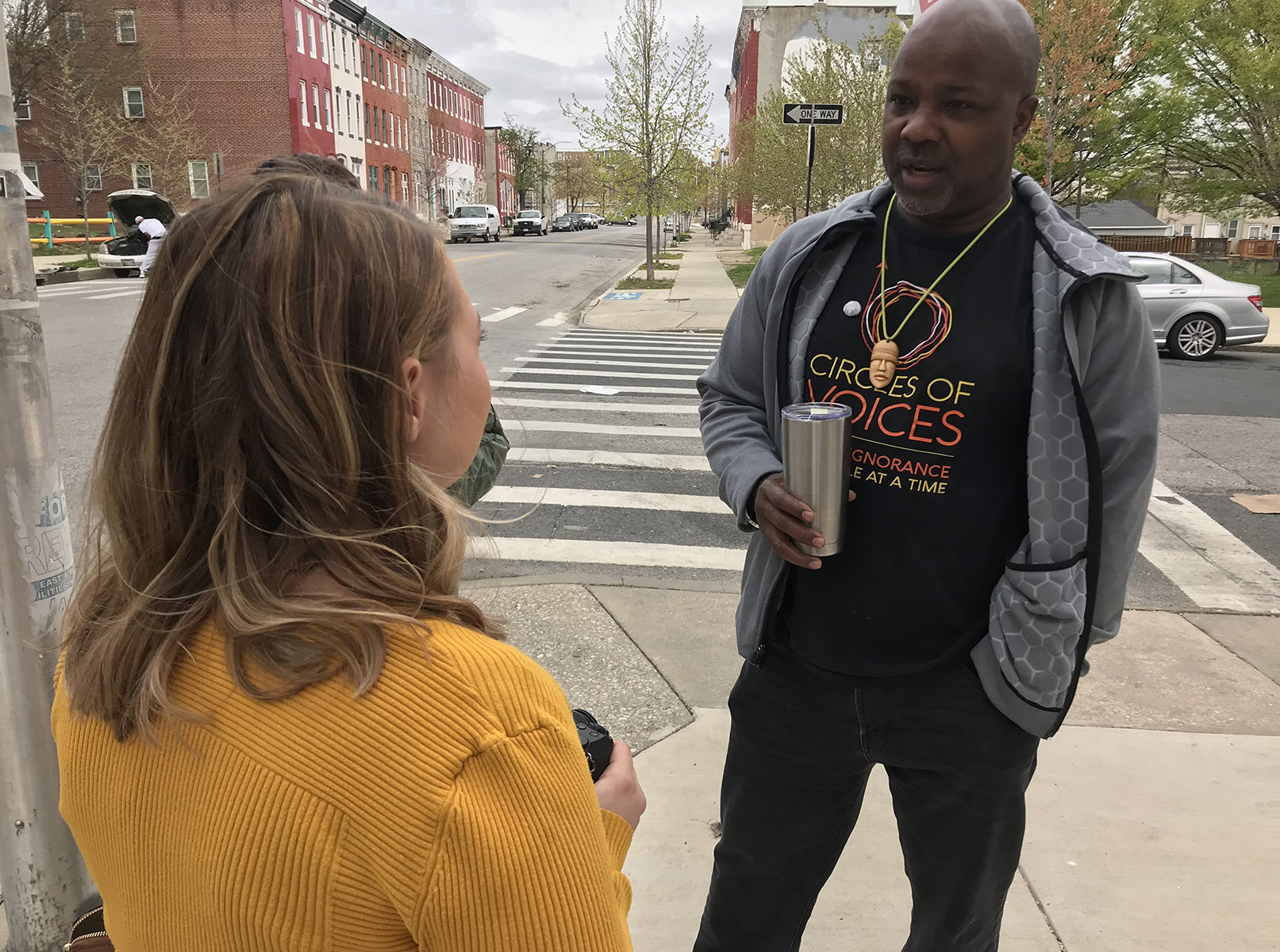 “I was outside with my brother…and the city just blew up. It felt like a bomb had just went off. It wasn’t quite like that, but it felt like it went from quiet to rattled, everything all at once.”

Faulk said that what impacted him the most about that day was not the chaos outside, but his mother’s reaction when he got home.

“She was so hurt and I was really close to my mother. When I was a little boy, I felt like I was attached to her leg or something. She was crying and just distraught because King was dead and I found out why.”

That was the day that he said he realized how real racism is in America.

“I was a little boy and it didn’t make sense to me, and I remember looking at my hand and seeing my skin color and knowing I could die or that someone would harm me just because of my skin color,” Faulk said.

In his early 20’s, Faulk ran a computer company, though he felt like he should be doing more for social justice.

“I don’t know if it was hiding, but it certainly was not leaning into what I knew I should be doing,” he said.

Eventually he started a nonprofit cross-cultural mentoring program. He was the executive director for 5 years. He stepped down from that and became a diversity and inclusion consultant for more than 25 years. While consulting, he felt like he wasn’t doing as much as he wanted to.

“I think [consultants] get afraid of losing their check, so they don’t push people as far as they need to push them. I think people need to be pushed all the way to the edge, and pushed over the edge,” Faulk said.

While consulting, Faulk’s daughter was born and he became a single father.

“My father died when I was five, so when my marriage wasn’t working out, I left everything, but I wasn’t gonna leave her.”

He moved from Washington, DC, to Baltimore so that his daughter could attend high school at Baltimore School for the Arts. His daughter eventually left Baltimore to attend UCLA.

“I’m in Baltimore, she went to LA, she’s as far away as she can be, and she was gone. I had to do something with the energy,” Faulk said.

He began his activism work after the death of Freddie Gray. Gray died after being arrested and transported in a police van without a seatbelt. Gray’s death outraged many Baltimore citizens and riots broke out in the city. Business were vandalized and burned during several days of unrest.

“I was standing in front of the CVS when it was burning feeling more like a tourist than anything else with my camera taking pictures, taking video footage of it and being up there shifted something dramatic in me,” Faulk said.

The city enforced a curfew at 10 o’clock, and called in the National Guard.
The first couple of nights, Faulk went home at the curfew time, but the third night, he met a young Miami University student who refused to leave at curfew. The student inspired him to stay out after curfew the next night.

“I stayed every night after that until curfew ended and it shifted me out of that shell that I was in and back out into the world and my voice has been really loud … since then.”

Following the unrest after Freddie Gray’s death, Faulk started Circle of Voices, a company that facilitates workshops that create safe spaces where people who might never speak with one another can discuss their differences. One of his most recent workshops was held at a plantation in southern Maryland.

A successful workshop in Faulk’s opinion is if “people leave better than they came, and it happens every time.”

Faulk said he has gotten to the point where he is not afraid to stand up for what he believes in and fight for those who don’t have a strong voice and that discovering his power as an activist has helped him transform from the boy who felt helpless after the assassination of Martin Luther King, Jr.